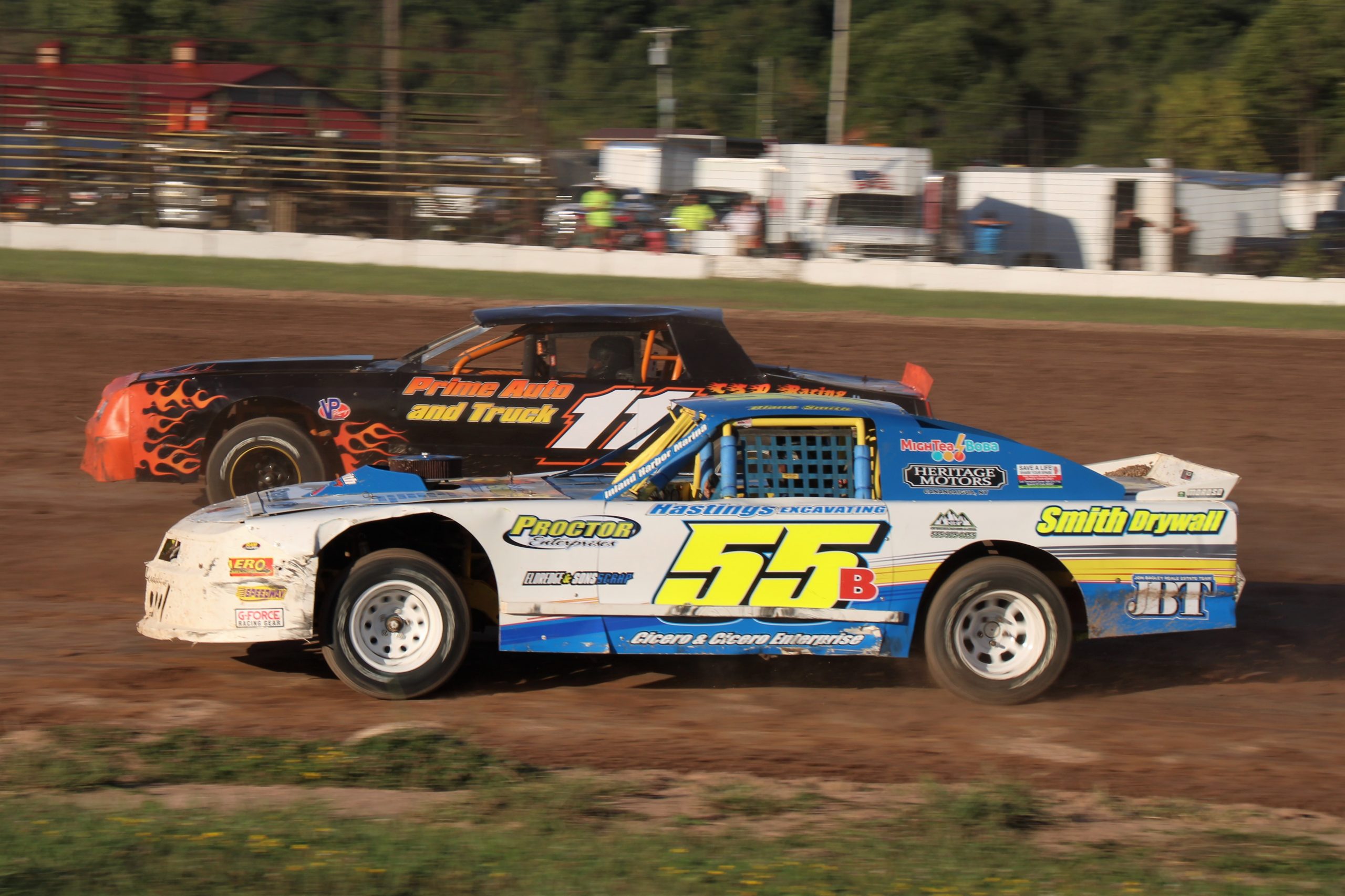 Blane has been in the Land of Legends pit area longer than any other full fendered competitor now competing here. Blane started racing in 1990 in the track’s old rookie Street Stock class.  Both Blane and his brother Kevin along with friend Corey Kolz, all drove the same car at a time when there were three full fender divisions in competition at the speedway.

Blane, 50 years old, has a Street Stock and an amatuer Street Stock championship. As happens often in motorsports, when veterans kids become of age and begin their own racing career,  Blane has take a bit of a backseat and concentrated on Parker’s racing 2022 season.  As a result, Blane has just a hand full of starts in both of the Eldredge & Sons Street Stocks and Lloyds Contracting Hobby Stock divisions. Parker, is 22 years old and is still waiting for his first career feature victory in seven years of racing. He has seven top ten finishes as the Street Stocks came into its final week 2022 season. Parker has battled motor woes much of the season.

Blane is employed as a manager at Shepard Ford in its Service Drive Department, where he’s spent 30 years. Parker works at Auto Value Part Store. Both drivers call Canandaigua home.

The crew for both teams is Alex, Preston, Dom, Maynard, Holli and Alyssa.  By far their biggest fans are Holli, Blanes’ significant other and Parkers’ mom, along with Alyssa, Parkers girlfriend.