A  RACING LEGEND THAT CONTINUES ON 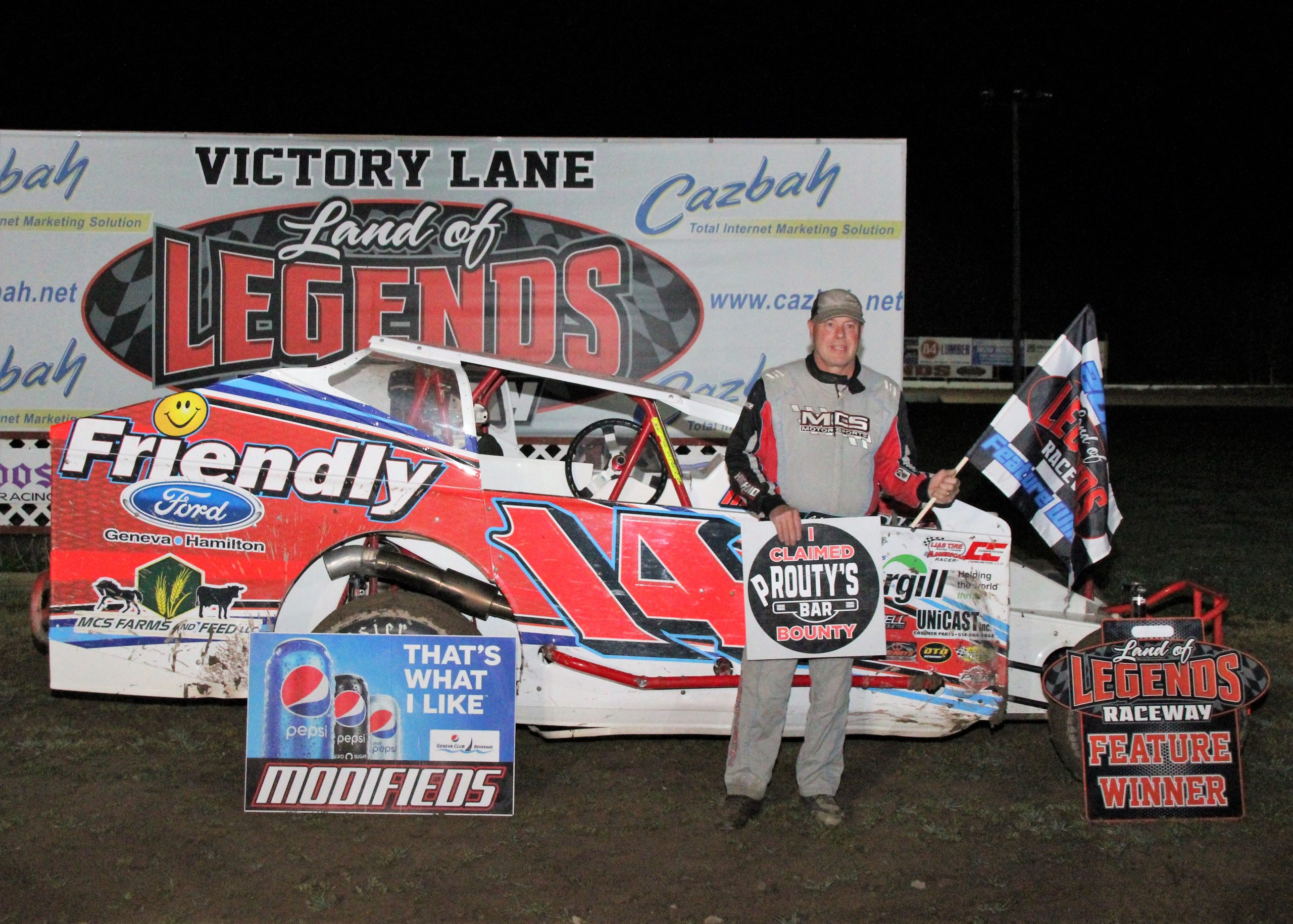 Alan Johnson is a racing local short track legend that has called Land of Legends Raceway his Saturday night home for the past 48 years, with exception of a few seasons during the 1990’s. Johnson was 16 years old when he got the opportunity to compete in a DIRT big block  Modified after racing bikes. Johnson shows no signs of retirement and won a Pepsi big block Modified feature event for his 48th consecutive season on Saturday, May 28th at Land of Legends, his 126th career victory here.

Alan now only races on weekends at Land of Legends Raceway on Saturdays and Utica Rome Speedway on Fridays, unless a local midweek special is scheduled. Johnson spent plenty of years on the road and the Super DIRTcar big block and 358 Modified Series. Johnson had plenty of snowmobile and motorcycle championships before he sat in a stock car. In his early years, Alan raced against the likes of veterans Will Cagle and Jack Johnson.

Coming from a racing family, Alan’s younger brother Danny Johnson is also a legend in DIRTcar.  Their father, Milt, was known very well for his racing engines.  Milt always had a kind word and a smile while riding his mini bike around the pit area.  Milt passed away a few years back but is fondly remembered by all.

Alan, along with his wife Sue, call Middlesex, NY home.  He was inducted into the Northeast Dirt Hall of Fame in 2017 and was one of the first stars of Glenn Donnelly’s start of DIRT Motorsports in the early 1970’s.

Johnson has won at the New York State Fairgrounds during Syracuse Speedweeks, including 1989 when he had to come from the last starting position.  Safe to say, that is one of the most memorable wins for Johnson and also one of the most talked about SDW events.

Friendly Ford sponsors Alan’s Pepsi big block Modified effort along with Cargill and MCS Farm and Feed. Bubby, Mike and Tony help from behind the scenes at the tracks along with car owner Mark Spoor and his son Chase.

Alan’s racing career history is something the younger talent at Land of Legends Raceway can shoot for.