Excited for the 2022 season 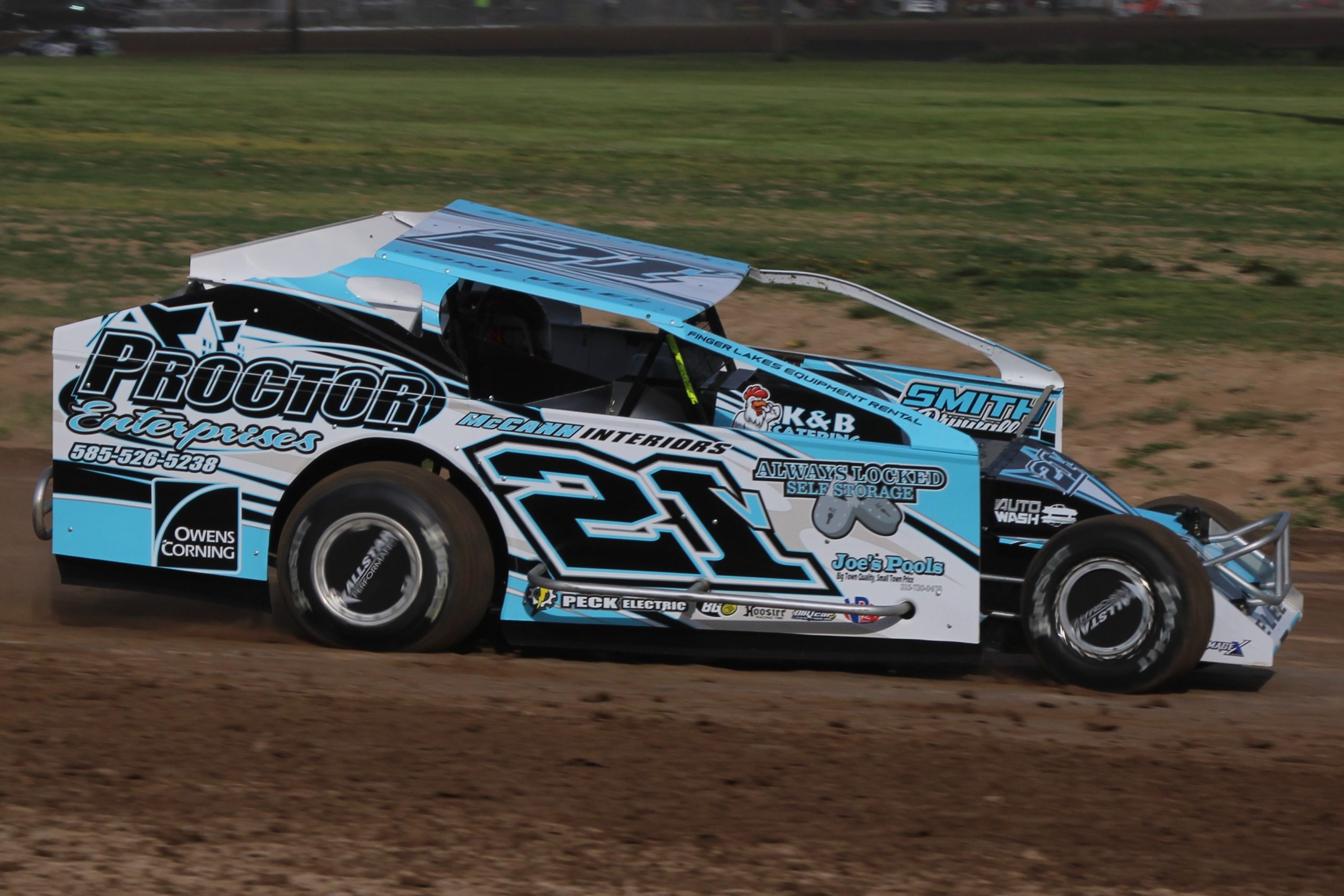 Tony Velez of Stanley, NY comes into his fourth season in competition in the Land of Legends Raceway Speed Connection Sportsman division.

Tony, 27 years old, has always been a big fan of the Ontario County Fairgrounds half mile oval, and has been coming here since he was a youngster.

Related to the Guererri family, Velez learned how to drive working behind the scenes and got his first chance to drive a race car in a pit crew event, in which he won in 2018. It was then that Tony caught the racing bug. With help from his father inlaw Jerry Proctor, Tony woud being his racing career.  Velez’s goal for 2022 is to become a consistent top five finisher and collect that first win.  However, he reflects that he competes weekly against one of the most competitve Sportsman fields in the Northeast.

Tony is a salesman at Proctor Enterprises away from the race track.

Special thanks go out to car owner Jerry Proctor, Tony’s wife Katie and son Gavin, also the team’s junior crew member. “They put up with all of my nonsense,” said Tony.