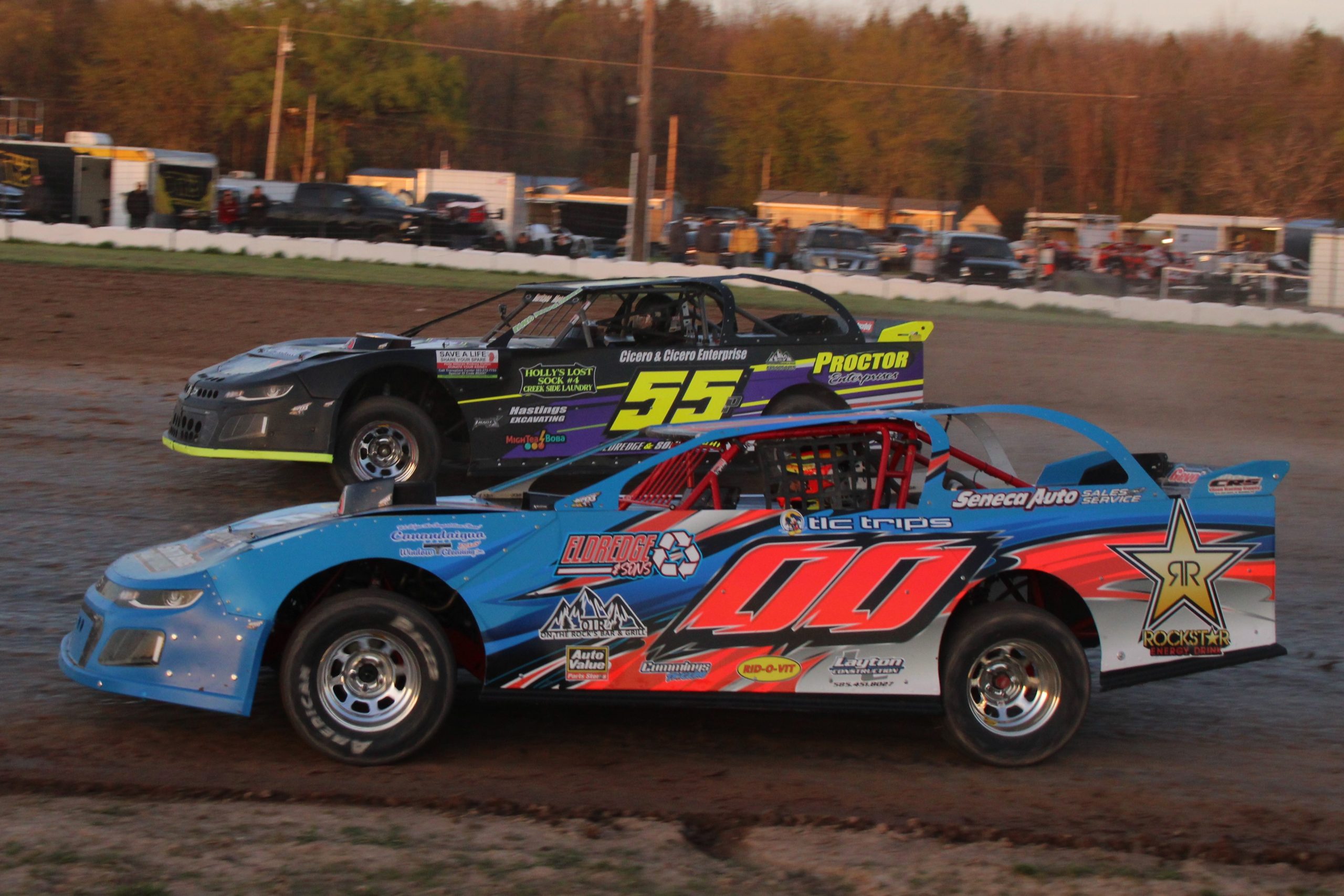 Eldridge & Sons Scrap Street Stock Competitor MIke Welch has twenty one years of experience on the Land of Legends Raceway half mile clay with ten career championships here. In addition to that, Welch also has Street Stock championships at Weedsport Speedway and Rolling Wheels Raceway Park along with a Pro Stock championship at Utica Rome Speedway. He was also a three time Parts Plus tri-track champion when the series ran in the late 2000’s.

Mike got his racing inspiration from former Canandaigua Speedway Street Stock driver Dan Deline and his father Dick who was a regular on the asphalt at Spencer Speedway. Mike has also won twice in Novice Sportsman, thanks to late car owner Ken Banker.  “It was different for sure,” commented Mike when asked about the few starts in the open wheel sportsman ranks. “I am very appreciative of Ken who gave me an opportunity to wheel an open wheel car.”

Welch calls nearby Stanley home and is employed as a district manager at Auto Value Parts, also a sponsor on his race car. Welch over sees eight stores within the Auto Value family.

Mike is also part of the DIRTcar tech team and head tech inspector at the Outlaw Speedway on Friday nights. Being involved on both sides of racing, as a driver and also a tech inspector, gives Welch a unique seat, so to speak. “I understand where drivers are coming from since I am also one,” commented Welch. “It is a tech inspectors’ job to try and keep a level playing field but at the same time, treat competitors with respect when something out of spec is found.”

Long time crew member, Maynard, is instrumental during the week and on Saturdays pitside.  Also helping out on Saturdays are Nick and Vance, both former competitors. His girlfriend Tana, his mom Jean and his sons Nate and Seth are his biggest fans.  Daughter Alicia lives in Arizona but often tunes in on the Free live stream each week.