You must first finish before you finish first, a motto Nick’s dad taught him, one he still lives by today 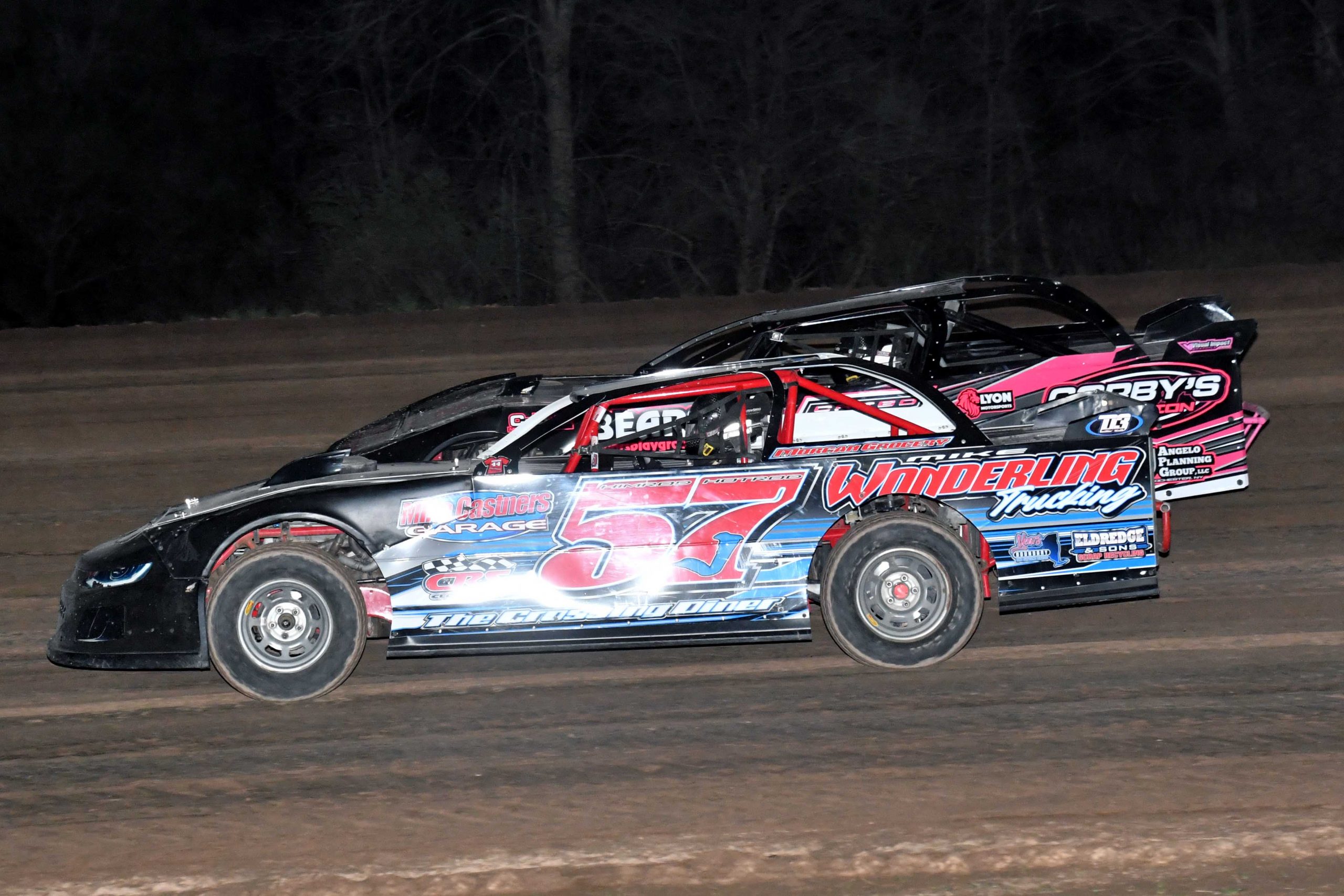 Nick Dandino is no stranger to the Land of Legends Raceway. In fact, he has been racing here on and off for over two decades.  For the 2022 season, he can be found piloting the 57j machine owned by long time car owners Jim and Sharon Schuyler. “I was so honored to be asked to drive their car,” said Nick. “I appreciate they recognized how much I dedicate myself to the sport.”

Nick began his racing career in the year 2000 aboard the Street Stock class, which notably looked very different than the Street Stock class of today.  He would also campaign cars in the Pure Stock ranks and BRP Late Models.  The Late Models would give him a great opportunity to do some traveling but racing close to home, at LOLR, weekly is where he wants to be.

His goal this season is to be a consistent top five finisher. His first effort went well on opening night when he picked up a fourth place finish.

“The Street Stocks will be a tough competitive field,” said Dandino, 39, who bases his racing operation in his hometown, in nearby Palmyra. He is a plant superintendent for an asphalt company, Dolomite Group located in Rochester.

Dino’s Dog Wagon & Catering is a family run business and can be seen in the Land of Legends Raceway pit area several times a season.

His crew consists of Sam, Donnie, Jenson Racing, Mom, Quinn and Creekside Racing. His Junior crew is Brycen, Riley, Payton, Michael, Avery, Harper and Owen. Brycen and Riley are his sons, pride shows brightly as he described them as “the two best crew guys a dad could ask for.”

As everyone knows, racing is very much a family oriented sport.  Just over a year ago, Nick lost his biggest fan, his dad.  “My dad was always by my side, no matter what my accomplishments,” commented Nick.  “He always pushed me to put 110% into anything I do or did.  Volunteering his time was worth more than a paycheck.  The quote he always instilled in my brother and I when we raced together was “You must first finish before you can finish first”, I still live by that today.