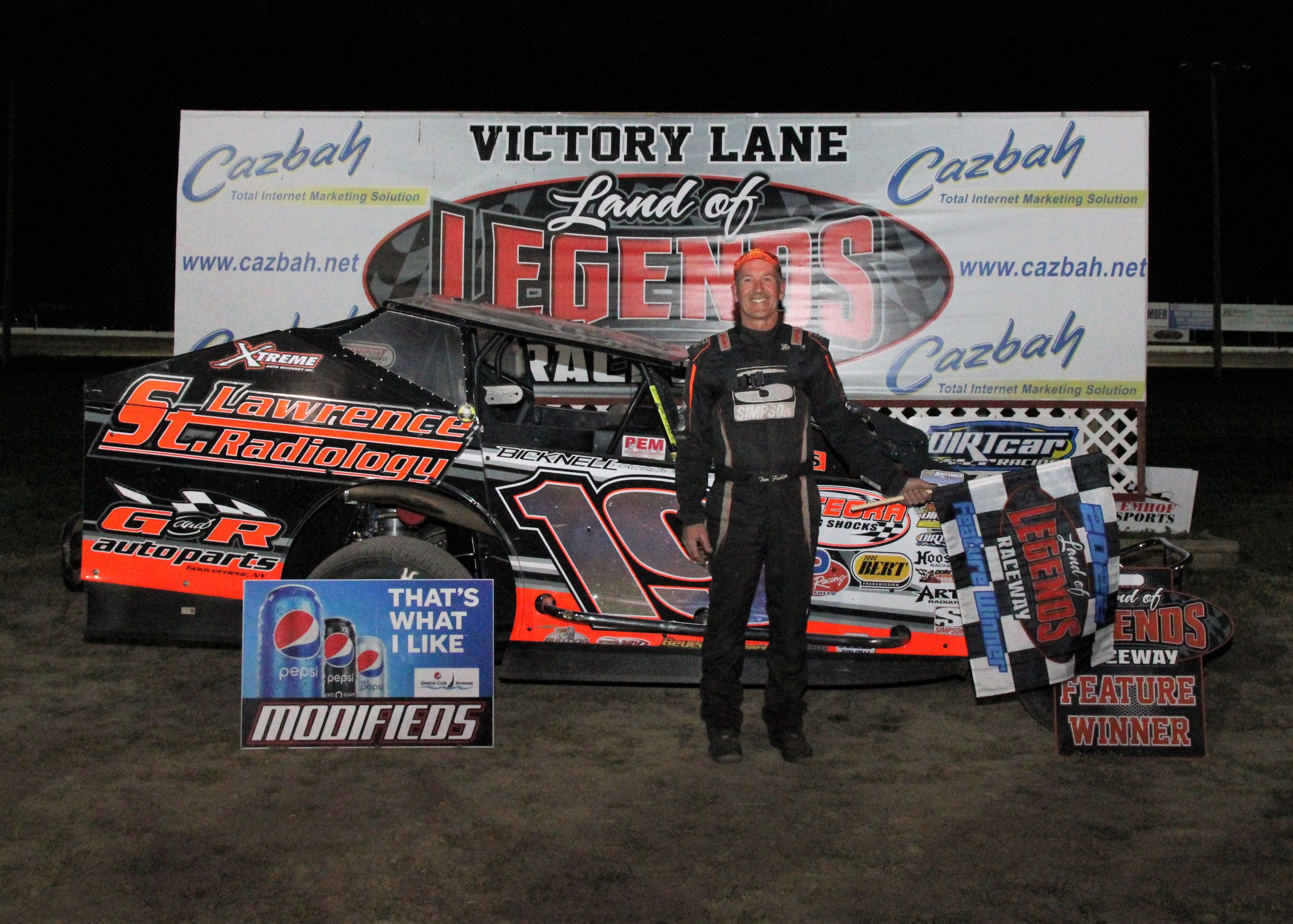 Pepsi big block Modified driver Tim Fuller of Edwards, NY is currently in his third season as a weekly competitor at Land of Legends Raceway. One of the greatest DIRTcar Modified drivers in the history of northeast short track racing, Tim Fuller adds to a star studded field each Saturday night.

Having won on the Super DIRTcar Series in the past and at Super DIRT Week, this season he has chosen not to follow the entire schedule.  Fuller chooses to stay close to home on Fridays at Can Am Speedway, where he’s already got two feature 358 Modified victories. He likes Land of Legends Raceway on Saturdays, noting the attractive purse as one of the reasons. Fuller notched his first win at LOLR for 2022 on Saturday, June 4th.  The first of what we expect to be many.  In 2021, Fuller finished sixth in Pepsi big block Modified points with one feature victory. He also had eleven top ten finishes. 2021 found Fuller compete in approximately sixty events. “It is alot of work, even without the full series,” commented Fuller.

Fuller admits he sometimes leaves his garage without a full crew, but can always find help when he gets to the track. He calls Zac his crew chief. Also lending a hand is Dan. In fact he went to a series race in New Jersey last season with little help and ended up winning.