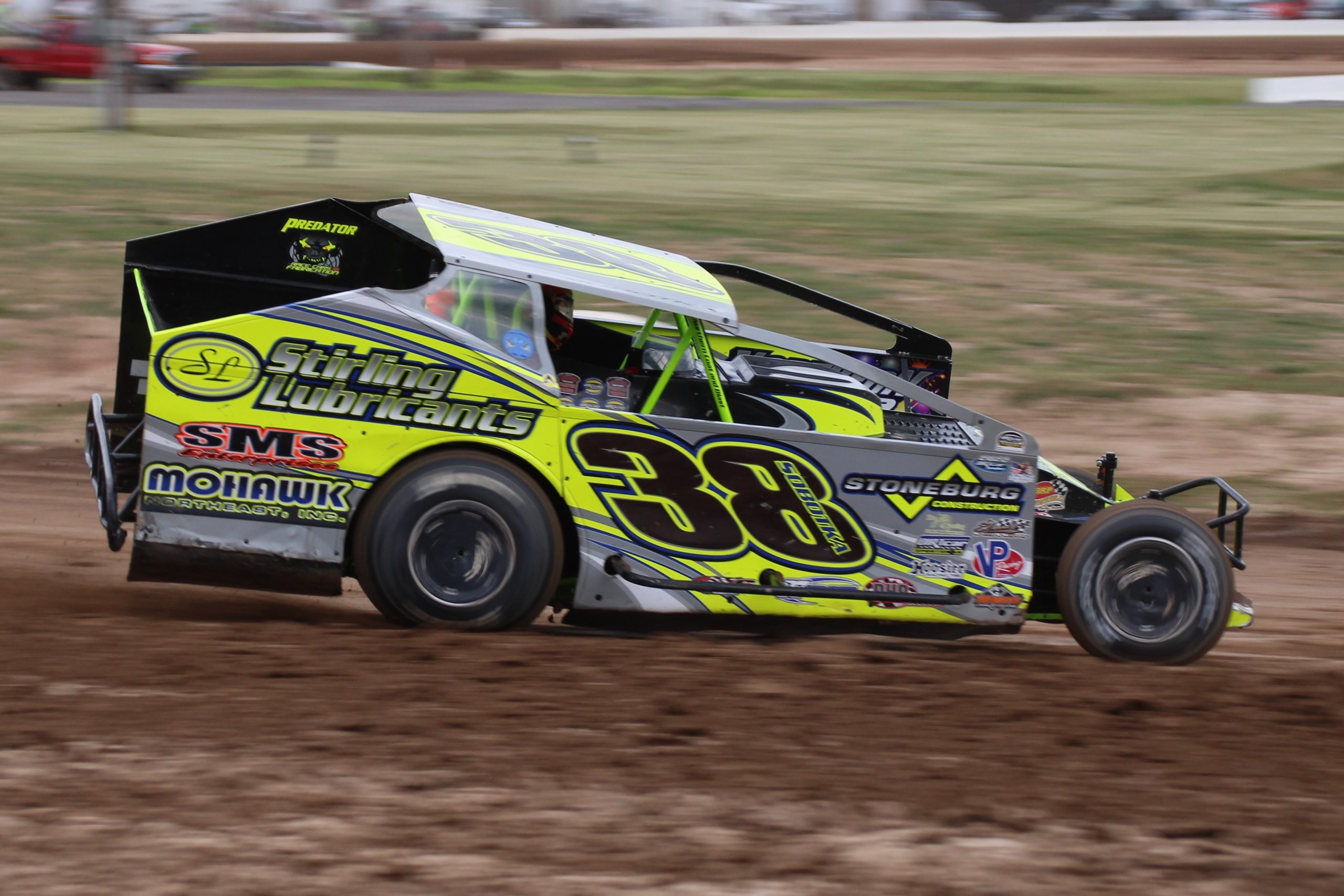 Speed Connection Sportsman competitor Zach Sobotka is looking forward to having the same on track success he had in 2021. The 21-year-old second generation driver was third in Land of Legends Raceway Speed Connection Sportsman points with four feature victories. He was a consistent finisher with twelve top ten finishes. “The field at Land of Legends is very competitive.  We have a fast car most nights but it still bodes a challenge making our way to the front against some of the sports best,” commented Zach   In addition to his successes at LOLR, Zach was also the Brewerton Speedway Sportsman champion, picking up another eight feature victories. Zach is a frequent traveler in the Sportsman ranks and usually a contender anywhere he goes.

The offseason has been anything but fun as a fire ruined much of his workshop. “We’re working on rebuilding right now,” said Zach, who is employed by Stoneburg Construction, one of his many sponsors. Zach has enjoyed a lot of support from the racing family who have helped out with fund raisers and also purchasing Sobotka apparel sponsored by Stirling Lubricants.  Shirts and Hoodies are still available for purchase.  Visit Zach pitside at LoLR or reach out to him on facebook.

Stirling Lubricants is also the headlining sponsor for the newly named five race Gerald Haers Sportsman Memorial Series debuting at the Land of Legends Raceway in 2022.