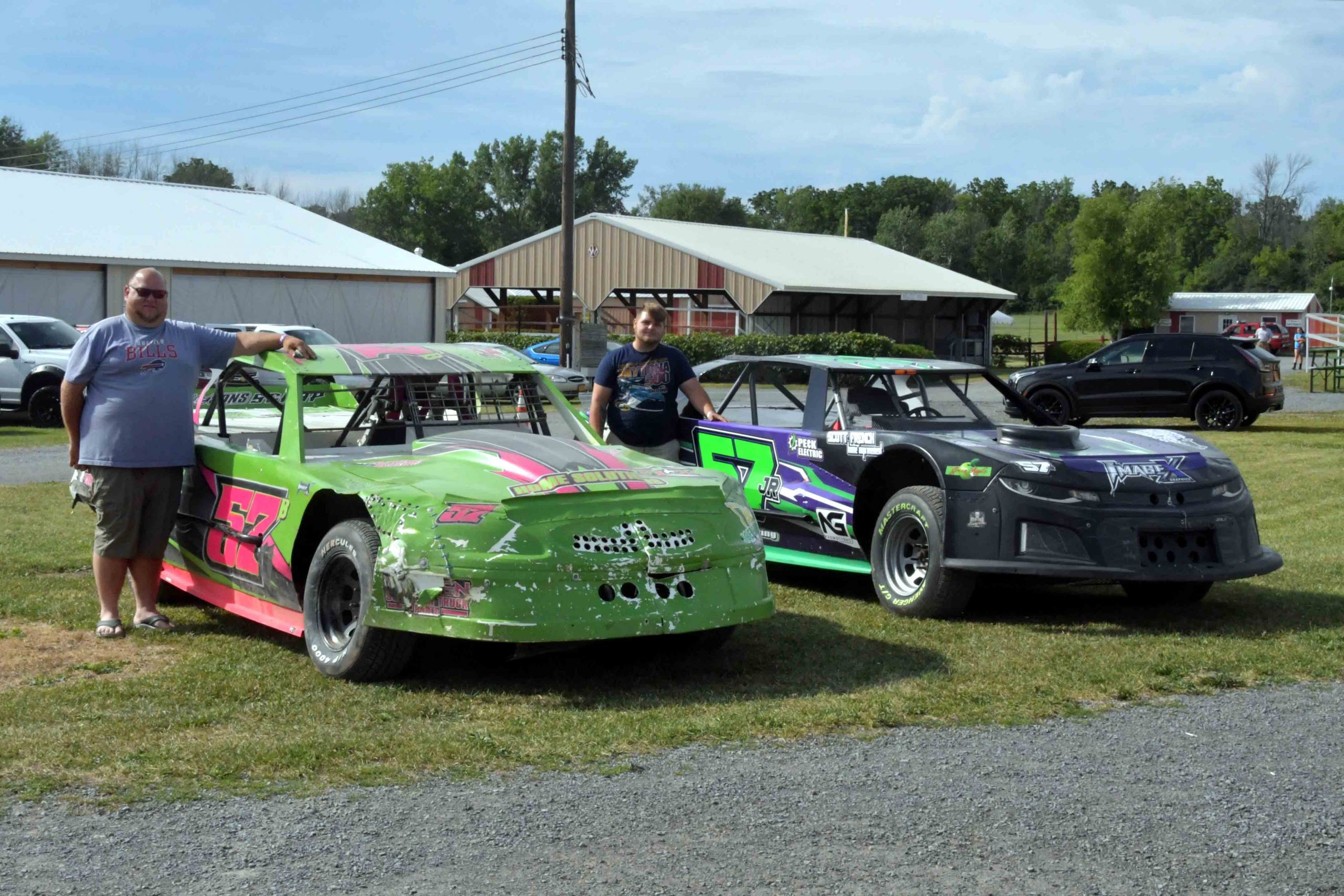 When you look at the pit area at Land of Legends Raceway, there is a lot of family activity. This is what helps keep Land of Legends Raceway in business year after year. The Burnell family seems to be making much of the news these days. Frank, also known as “Bubba” leads the Lloyds Contracting Hobby Stock points as the 2022 season goes into the month of August. His son, Tyler is third in points. Frank has one feature win while Tyler has two at Land of Legends this season. With about a month and a half left in the 2022 season, only veteran Wayne Ellison sits in between the two battling Burnells as the season enters the final stage.

Frank, 42 years old, has been racing at Land of Legends Raceway for 23 years. Starting in the track’s Street Stock division, Frank has won 40 career feature wins at Land of Legends. He has also won events at nearby Rolling Wheels, Fulton and Weedsport. “Bubba” had driven the track’s Sportsman class for several seasons in the early 2000’s. Right now, he has no plans of going anywhere other than the Lloyds Contracting Hobby Stock class.

Tyler, is 20 years of age and won the 2020 Lloyds Contracting Hobby Stock championship, he finished in the runner up position in 2021.

Working behind the scenes with both Frank and Tyler is Donny, Ray, Nate, Jess, Carla, Luca, Kolt and Carla Elaine-Tyler’s girlfriend.