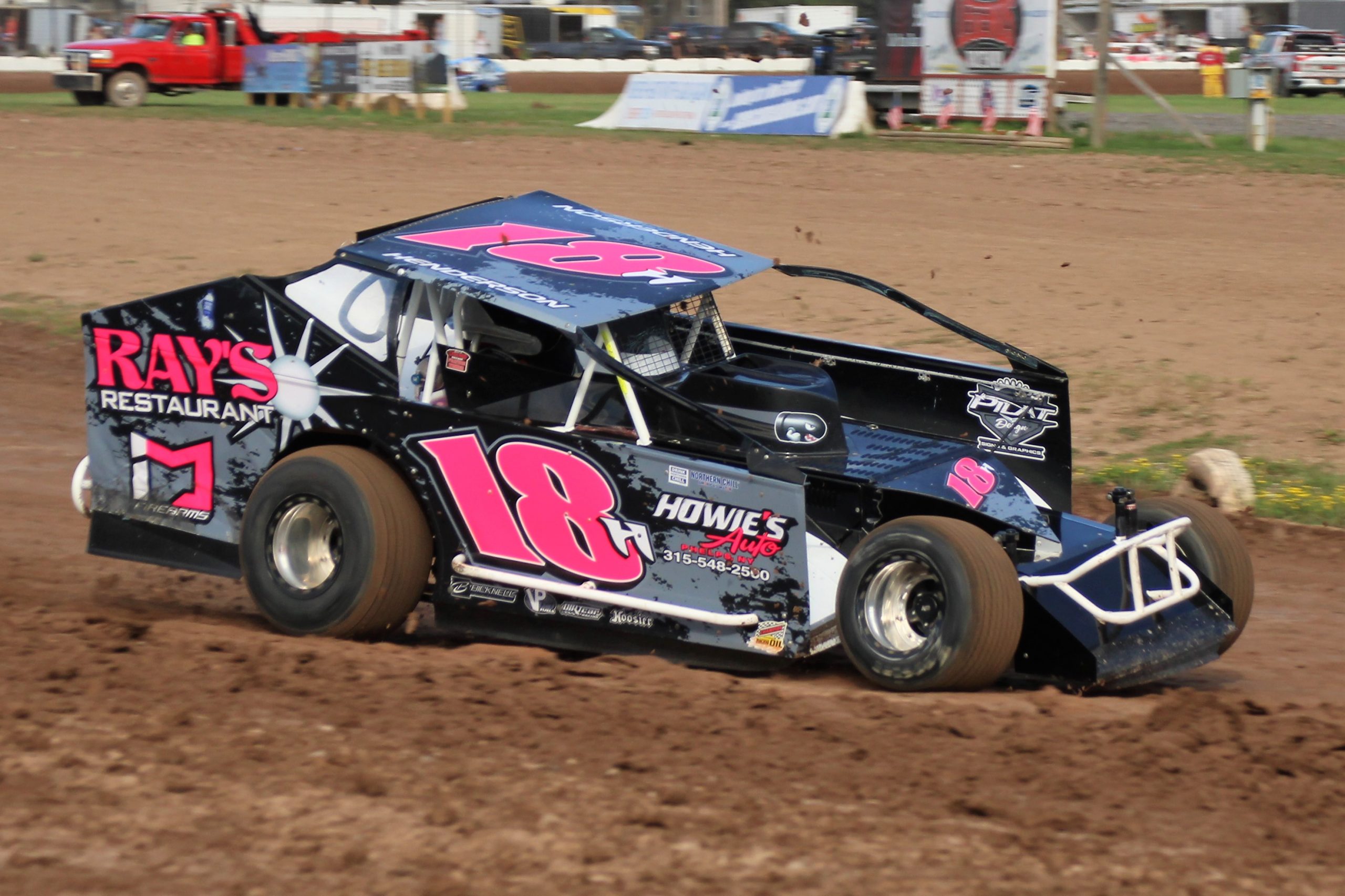 The name Henderson is well known to fans and other competitors at the Land of Legends Raceway. After 12 years away from the sport, Justin Henderson has made a comeback and hasn’t missed a beat. Having a very respectable season in the Speed Connection Sportsman, Henderson has enjoyed 1 win thus far and 10 top ten finishes in 14 starts and was in the thick of the points battle up until some bad luck came his way.

Henderson began his racing career in the 2004 season in the Sportsman class where he enjoyed much success both locally and in some traveling. He later moved into the 305 Sprints with his father, Todd.  Justin would enjoy much success as he traveled through-out Central NY.  Henderson left weekly competition for business reasons, his family opened a restaurant minutes from the speedway known as Dobbers.  Dobbers would be a sponsor at the Land of Legends Raceway.  The family recently sold the business and shortly after, returned to weekly competition.

“I’ve done better than I expected,” said Henderson, who races at his home track exclusively. “I want to win a championship, it’s something I’ve never done. I’ve come close in both the 305 Sprints and Sportsman divisions.

“The field is so tough here,” said Henderson of the Land of Legends Raceway Speed Connection Sportsman class.

Justin will be 37 years old at the end of August and is employed by Salesforce Platform as a manager away from the race track.

Helping turn wrenches are his dad Todd, his wife Vanessa, his daughter Isabella along with Corbin and Tyler.   His mom, Mary, is a part of the ticketing staff at the speedway making it a family affair once again.