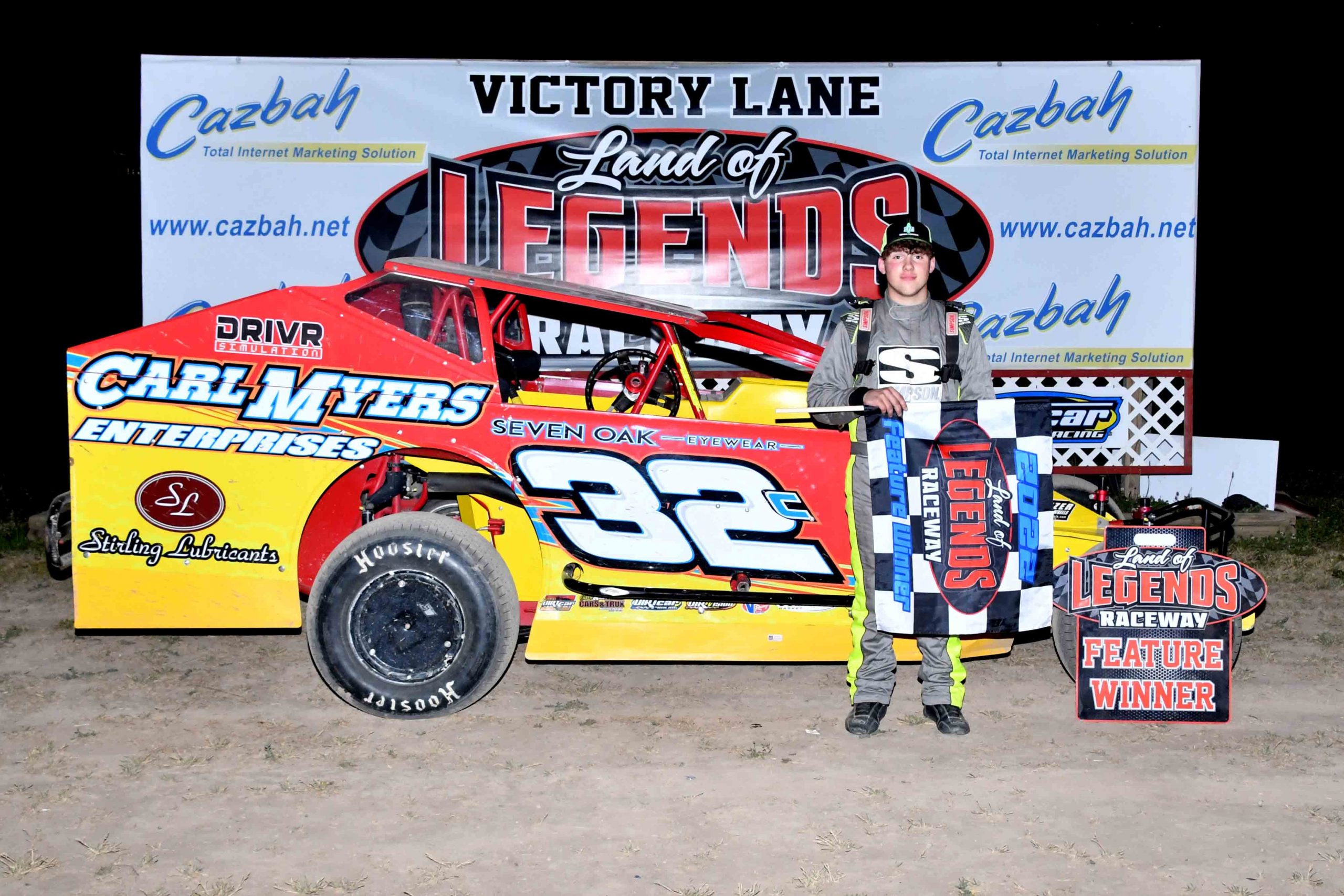 The history of the Coffey family and Land of Legends Raceway goes way back into the 1980’s. Vic Coffey was a regular here. Vic’s father inlaw, Carl Myers, sponsored events here with his business, Sweeteners Plus. Carl’s grandchildren Kyle and Kasey Coffey will dedicate the remainder of their season to Myers as both drivers have changed their car numbers from 32c to 39, a number Carl used in his boat racing days. Carl, passed away unexpectedly on Monday, August 15th at 82 years of age.

Kyle said just prior to the event that his car was running top notch and he was ready to show everyone something that night. Kyle is 25 years of age and has six years experience in the Land of Legends headlining class. He still awaits that first career big block victory at LoLR, but is a consistent top ten finisher in 2022.

Casey, 14 years old, recently moved into the Speed Connection Sportsman division after winning twice in 2022 in the Mightea Boba New Legends Sportsman class, where he had a total of six career feature starts. The one thing that Casey is not thinking about is big block Modifieds. “I just want to keep learning in the Sportsman,” he said.

When asked if he thought that both of his sons were better than he was, Vic said, “They’re just out here having fun”. Vic was recently named one of the 50 Greatest Drivers of Super DIRT Week, winning twice in the big block Modified at Syracuse mile.